What is affordable housing?

Policymakers and advocates call housing “affordable” when a household pays no more than 30% of its total income for housing costs (rent or mortgage payment, insurance, taxes, and utilities). In Placer County, low- and moderate-income people can have a very difficult time find housing that passes this test. That’s why it’s important for local governments to work closely with developers, non-profit developers and others to create and preserve housing for people at these income levels.

Affordable rental housing is typically targeted toward lower income households — those earning less than 80% of the Area Median Income (AMI) — while affordable owner-occupied housing is targeted toward low- or moderate-income households (those earning less than 120% of AMI). Based on federal guidelines for 2012, a Placer County family of three earning $54,850 or less would be defined as low income. Monthly housing expenses of $1,371 or less would be considered affordable for that household.

Affordable housing refers to homes that are stable, sufficient, safe and priced within the means of moderate to low-income families. While the term conjures up a range of reactions, the reality is that affordable housing is a necessity for ensuring stable families and strong communities in Placer County.

For homeowners and renters at various income levels, wages remain the same while their spending on housing costs have increased. In Placer County the “American Dream” of a decent home in a good neighborhood has slipped out of reach for more working families each year.

“Affordable housing” takes many different forms, and this website uses the term to encompass all housing developed to be affordable to income-qualifying households earning less than 120 percent of the AMI. A subset of affordable housing, “workforce housing,” simply refers to housing that is affordable to a community’s essential workers. 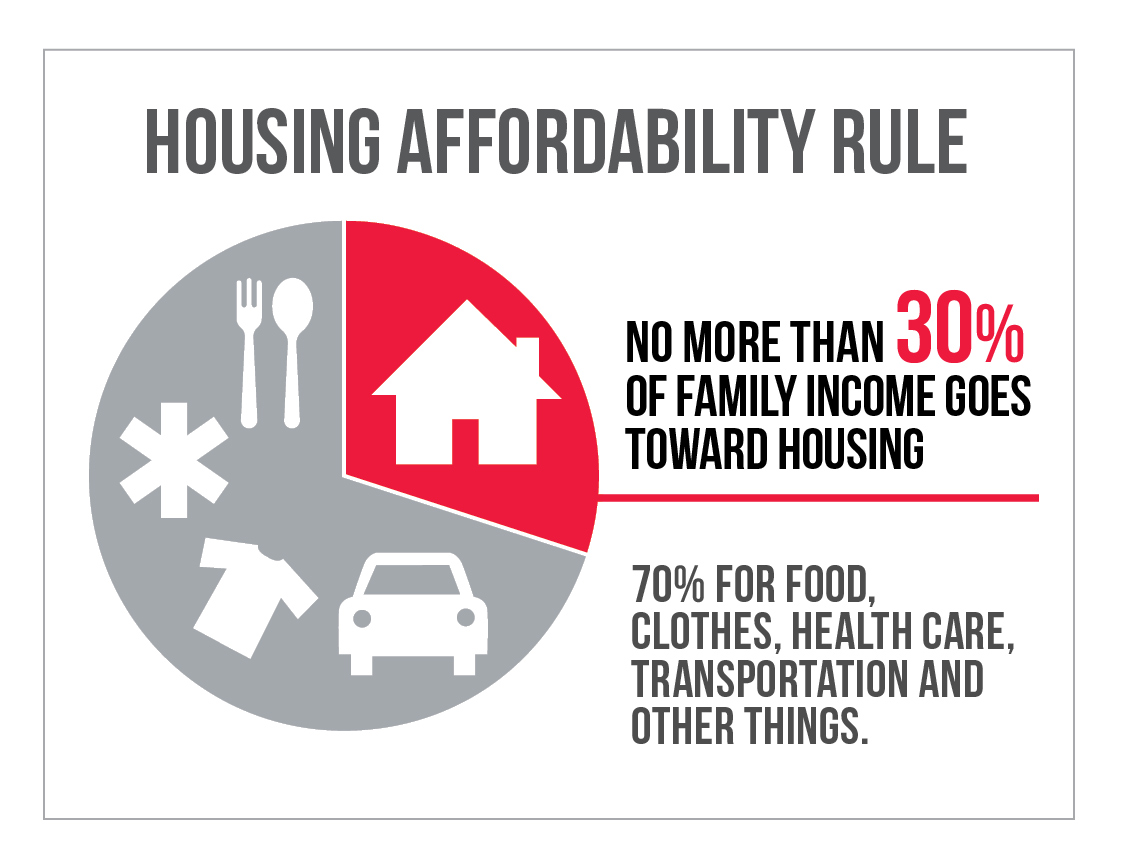 Even if you don’t need affordable housing yourself, the problem can still affect you directly 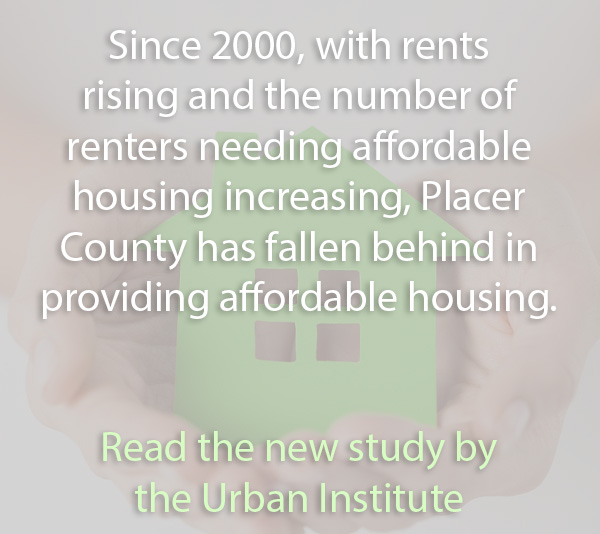